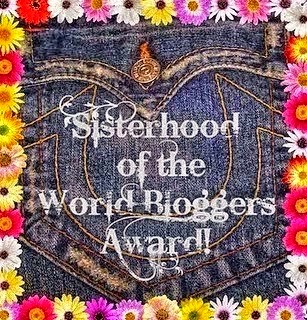 Thank you so much to Evie from Prescription Fiction for nominating me! I am really sorry it took so long, school has been hectic! Nevertheless, I had so much fun doing this tag and the questions were amazing!

1. If you could change the ending of any book, what would it be and what would you change it to?

I'm going to be predictable and say, Allegiant. It just broke my heart.... You all, or at least most of you, know what happened and I think it's pretty obvious what I would have liked to change it to... Maybe Veronica Roth could write an alternative ending?

2. If you could dump hot noodle soup over the head of any one book character, who would you choose?

I've given this question a lot of thought and even though you're probably waiting for me to announce a villain's name, I'm going to semi-surprise you by choosing... *drum roll*... America Singer from the Selection trilogy! Although a likable character, her actions sometimes make me want to facepalm or throw something at her.

3. You're getting married! Choose your soon-to-be spouse, your best man, your bride's maids and your DJ!

My soon to be spouse would be Jace Wayland because...well... he's Jace Wayland. My best man would be a recent love of mine Jamie from the Mara Dyer trilogy. My Bride's Maids would be Thalia Grace, Celaena Sardothien and Izzy Lightwood. And my DJ, Leo Valdez.

4. Sum up one book with an album or a play list.

I don't know if the songs sum up the series exactly but I listened to them non stop during summer, when I was rereading The Mortal Instruments and now i can't not relate them to this series.
1. Warrior by Beth Crowley
2. Bleeding out by Imagine Dragons
3. Who we are by Imagine Dragons
4. Shatter me by Lindsay Stirling ft Lzzy Hale
5. You and I by John Legend ft Lindsey Stirling

5. You've stolen a chocolate fudge cake from the local bake and you're about to be shoved into prison for 20 years with one book character of your choice. Who would it be?

Nico Di Angelo hands down. He'd be able to get us out of there in the span of a few seconds with his shadow traveling ability! Hmm... maybe we could travel a little afterwards, I'd be in no rush to get back!

6. If you could ask any author 3 questions who would it be and what?

If I could ask any author 3 questions It'd be Cassandra Clare.
I would ask her how does she keep herself motivated to write during those dark days of Writer's block (as this has been a constant problem for me).
Will the characters from TMI play any important role in the Dark Artifices or will they just cross paths sometimes with the main characters of TDA?
And, lastly, what are her thoughts on TMI turning into a Tv Series?

7. You can attend one fictional school for an intire year. Which would it be? (Hogwarts is banned from this answer because, well... duh!)

Well, I just finished re-reading Anna and the French kiss by Stephanie Perkins so I'm kind of in love with Paris and SOAP! I'd just love to study there for a year! Maybe I'd even get to meet my own Etienne or Josh!


8. Would you rather snog Draco Malfoy, Luna Lovegood or Ron Weasley? State why!

Ron Weasley without a doubt in my mind! He's just so adorable and goofy! I confess there were moments that I liked him more than Harry and that says something!

9. If you could get a tattoo of one character's face on a body part of your choosing who and where would you choose? (Keep it clean people!)

I would tattoo Celaena Sardothien, not nececceraly only her face, in a fight possision with one of her cool quotes under it like '“My name is Celaena Sardothien, but it makes no difference if my name’s Celaena or Lillian or Bitch, because I’d still beat you, no matter what you call me.” She's so badass! I adore her! As for the 'where' part probably on my rib? Although I've heard it hurts a lot there!

10. You can bring one fictional character back from the dead, but by doing so you have to kill another. Which two would you choose?

I'd bring back to life Max Lightwood from The Mortal Instruments series because he was such a sweet little geeky boy and I was really sad when he died and I'd kill the King of Adarlan from the Throne of Glass series. That dude just keeps getting on my nerves...

1. Which book character you can relate the most to?
2. What's the one thing that can ruin a book for you?
3. Your favorite book is turning into a movie and you're assigned with the casting of five of the characters. Which would they be and which actors/actresses would you choose to portrate them?
4.What are your top 3 favorite reads of all time?
5. What's your worst bookish habit?
6. What's the worst book-to-movie adaptation you've ever watched and what's the best?
7.What's your favorite book quote?
8. A character you hated but ended up loving.
9. There's a crisis! What's the one character you would turn to for advice or help?
10. You have the chance to give one character of your choice a piece of advice. Which character would you choose and what would you advise them?

Email ThisBlogThis!Share to TwitterShare to FacebookShare to Pinterest
Labels: tag